Surviving And Thriving During The Web3 Revolution 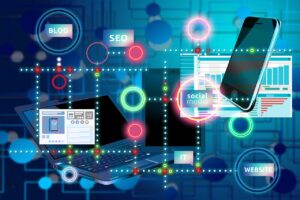 The internet as we know it today is centralized, with a few companies controlling most of the data that flows through it. A new decentralized technology called Web3 is emerging, bringing with it the potential to upend the way we use the internet.

Web3 is being built with a foundation based on blockchain technology and crypto assets. It promises users more control over their data, making the internet more secure and efficient in the process. For companies, Web3 presents a number of opportunities. It could help them cut costs, reach new markets, and build more trust with their customers. Here is the sample of business issues companies and their lawyers may be considering as the Web3 unfolds:

Web3 could help companies raise money in a new way. Instead of seeking out venture capitalists or banks, companies could directly sell tokens or equity to their customers. This would allow them to tap into a new source of funding, as well as giving customers a stake in the company’s success.

This token sale model is already being used by some startups. One day this new form of financing could be a game-changer for businesses of all sizes.

Another way that Web3 could benefit companies is through DAOs — decentralized autonomous organizations. These are organizations that are run on the blockchain, and they can be used for a variety of purposes.

Some companies use DAOs to raise funds, manage their finances, or make business decisions. The advantage of a DAO is that it’s transparent and decentralized, which makes it more efficient and trustworthy than a traditional company.

With the arrival of the Web3 Revolution, we are on the verge of another transformative change to how we use the internet by putting you in control of your data.

The Web3 Revolution makes the internet more secure and efficient thanks to its decentralized infrastructure, as there will be no central point of failure that could be exploited by hackers or governments.

In addition to making the internet more resistant to censorship and attacks, it will allow users to communicate and transact without fear of being monitored or censored.

In the centralized internet, companies are often able to extract value from users without sharing much of the profits with them. In a Web3 world, however, users will be able to earn tokens for their contributions.

This will create better incentives for everyone involved, and it will more closely align the interests of users and companies.

To summarize, the Web3 Revolution is about giving users more control over their data, making the internet more secure and efficient, and creating better incentives for everyone involved. It’s a radical shift that has the potential to upend the way we use the internet.

So far, the response from companies has been positive, with businesses already benefiting from this new technology. As the revolution gains momentum, more and more companies will likely embrace it.

Olga V. Mack is the CEO of Parley Pro, a next-generation contract management company that has pioneered online negotiation technology. Olga embraces legal innovation and had dedicated her career to improving and shaping the future of law. She is convinced that the legal profession will emerge even stronger, more resilient, and more inclusive than before by embracing technology. Olga is also an award-winning general counsel, operations professional, startup advisor, public speaker, adjunct professor, and entrepreneur. She founded the Women Serve on Boards movement that advocates for women to participate on corporate boards of Fortune 500 companies. She authored Get on Board: Earning Your Ticket to a Corporate Board Seat and Fundamentals of Smart Contract Security. You can follow Olga on Twitter @olgavmack.

Bitcoin Price Dives Below $20K, Why BTC Is Vulnerable To More Losses