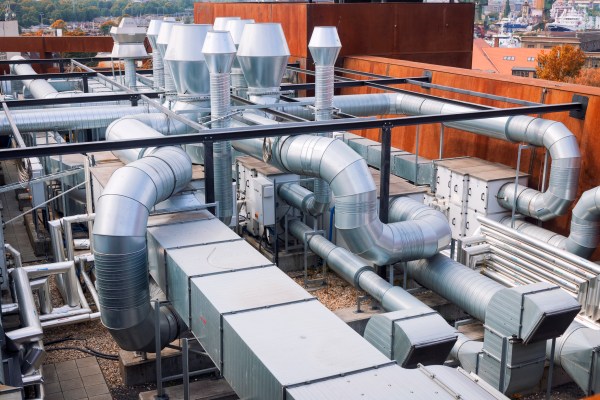 While TechCrunch Disrupt Battlefield 2022 is still fresh in our minds, Perygee, a member of the 2020 group, has been helping companies keep their building operations elements secure. It looks at things like HVAC, elevators and sensors; keeping patches up-to-date and searching for vulnerabilities.

Today the company announced a $4.75 million seed round, and the general availability of its self-service tier, which lets companies get started with the product without interacting with a sales team.

Mollie Breen, a former NSA employee, developed the idea for her startup while she was a student at Harvard Business School. “Perygee is a lightweight, complete platform for IoT (Internet of Things) and OT (operational technology) devices,” Breen told TechCrunch.

She sees one of the company’s key differentiators being time to value. “We’re measuring value in minutes, not months, and we’re complete, so we’re bringing together a lot of different security tools from anomaly detection to vulnerability detection across the entire security stack.”

She says the devices her company looks to secure are tough to track because they are often out of the purview of the IT or security teams, yet they interact with the network, and they can be vulnerable to attack. It leads to security blind spots that Perygee is trying to shed some light on.

“What we saw over the past 24 months is that that these blind spots aren’t unique to just HVAC devices and security cameras. It actually applies to all devices. So every IoT-OT device has a physical presence that is managed by some non-security stakeholder, whether it’s facilities or an operations team member like an industrial engineer on a manufacturing floor or a clinical engineer on the hospital floor,” she said.

To help get going quickly, the company has created a no-code workflow tool to automate common security tasks like patching. The automation also helps facilitate coordination between these often disparate teams from building and facilities operations and the network and security teams to make sure that these tasks don’t fall between the cracks.

Today, the product is managing 30,000 devices, and the startup has 7 employees. Breen says that as a female founder, she is particularly aware of building a diverse company from the cap table to the board to the workforce.

When we spoke to her about her $1.75 million pre-seed round at the end of 2020, she said she was actively reaching out to diverse talent on LinkedIn, but she recognizes as the company grows that is not a scalable methodology.

“We are looking at our pipeline and looking at the diversity metrics within it. And then I think having internally really honest conversations about where we might be biased around when we’re when we’re thinking about hires. I like to be in those rooms because I’d like to like to think of myself as someone who has a particular pulse on where biases, especially towards women candidates, can show up and how we make sure that we’re not we’re not applying those biases to our pipeline,” she said.

Today’s seed round was led by Ballistic Ventures with help from BBG Ventures, a firm that backs early-stage startups with female founders, and several industry angels. The company has raised $6.35 million to-date.