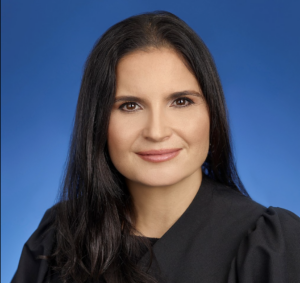 Last night, US District Judge Aileen Cannon did Donald Trump a solid — again! astonishing! — and cut the legs out from under the Case Management Plan put forth by special master Judge Raymond Dearie in the Mar-a-Lago records case. Yeah, don’t faint.

In her own order appointing the special master, Judge Cannon tasked him with “verifying that the property identified in the ‘Detailed Property Inventory’ [ECF No. 39-1] represents the full and accurate extent of the property seized from the premises on August 8, 2022, including, if deemed appropriate, by obtaining sworn affidavits from Department of Justice personnel.”

But Judge Dearie imposed a reciprocal obligation on Trump to verify that the inventory was “full and accurate,” which would have deprived him of the ability to go on television and claim that the FBI planted evidence when it executed the warrant. So that provision got nixed, thanks to a jurist confirmed to the bench after Trump had already lost the election. LOL!

And speaking of unpleasant disclosures, Judge Dearie’s proposed case management plan instructed Trump to distinguish between documents subject to “executive privilege that prohibits review of the document within the executive branch” and those covered by “executive privilege that prohibits dissemination of the document to persons or entities outside the executive branch.” Clearly Trump’s lawyers would prefer not to have to publicly drop anything into that second bucket, since that is a bucket which does not exist.

The Presidential Records Act (PRA) instructs the Archivist to make presidential documents available “pursuant to subpoena or other judicial process issued by a court of competent jurisdiction for the purposes of any civil or criminal investigation or proceeding,” meaning that no invocation of executive privilege by an ex-president could ever be used to thwart a criminal investigation. The PRA also specifies that the incumbent president gets access to his predecessor’s records “if such records contain information that is needed for the conduct of current business of the incumbent President’s office and that is not otherwise available.” So Trump’s effort to assert executive privilege as against the executive branch, of which the Justice Department is a part, is destined to fail. And not for nothing, but the Supreme Court already held in United States v. Nixon, 418 U.S. 683, (1974) that an invocation of privilege cannot be used to thwart a criminal investigation and must give way to the government’s ‘demonstrated, specific need’ for presidential records.

Judge Dearie’s order would have required Trump to make this ridiculous claim of privilege now. So Judge Cannon simply took her red Sharpie to it and made that part disappear, too.

But perhaps most importantly, the court nixed the obligation for Trump to engage in a rolling production of documents, so as to “avoid confusion and enhance organization and clear deadlines.” So, even though she only extended Judge Dearie’s deadline to issue a report to the court by a couple of weeks to December 16, Judge Cannon has now ensured that the government won’t be able to use any evidence collected other than the classified documents until 2023.

In fact, the government has virtually nothing to do (besides briefing its appeal to the Eleventh Circuit) until November 4, at which time Trump will dump the entire load of documents on them, along with his privilege assertions and claims that he transubstantiated it all into personal property by means of mental telepathy or astral projection. Then prosecutors will have just ten days to brief their replies — thanks, Judge Cannon!

And in case it wasn’t clear that the fix was in, Judge Cannon put the kibosh on Judge Dearie’s instruction that the parties should brief the court as to why any Rule 41 motion for return of property should not be returned to US Magistrate Judge Bruce Reinhart, who authorized the original warrant.

“As explained in the Court’s previous Order, Plaintiff properly brought this action in the district where Plaintiff’s property was seized,” the judge observes in a footnote. The judge omits to observe that a panel from the Eleventh Circuit, including two Trump appointees, just shredded the trial judge’s justification for her own equitable jurisdiction in this case. And thanks to the latest order, the parties won’t be mentioning it either when they docket that preposterous motion pretending that it’s somehow abnormal for the government to seize and hang on to personal property pending a criminal investigation.

TL;DR? Judge Cannon is keeping this whole thing in her pocket, and she’s going to give Trump whatever he wants and dare the Eleventh Circuit to stop her.

Cardano (ADA) Is About To Die and Turn into A ‘Zombiechain,’ Ethereum Maxi Says