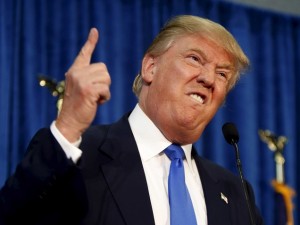 It’s unclear what Donald Trump thought would happen when he dropped that bullshit lawsuit demanding a special master to sort through the documents seized when the FBI executed a search warrant at his Mar-a-Lago club August 8. He appeared to have no agenda other than mollifying Fox News host Laura Ingraham, who demanded a flurry of motions after more than a week when his lawyers sat silent as media outlets fought to get the warrant and underlying affidavit disclosed.

And it’s no more obvious why he suggested Senior US District Judge Raymond Dearie as special master, after lucking onto the docket of perhaps the one judge in Florida craven enough to yadda yadda yadda herself into jurisdiction and credit Trump’s nonsensical assertions that he telepathically declassified top secret documents and converted them to personal property.

But now that US District Judge Aileen Cannon has appointed Judge Dearie as special master, the former president finds himself in the position of the dog who caught the car: staring at the prospect of actually sinking his teeth into the bumper or getting run over.

Hot on the heels of the Eleventh Circuit’s humiliating reversal of Judge Cannon’s refusal to exclude classified documents from review — coupled with an ominous warning that Trump’s claims would get a very different treatment at the appellate court — Judge Dearie released his case management plan. And his very first order of business is to nuke one of Trump’s talking points from orbit.

Just hours after the search, Trump’s minions took to the airwaves to suggest that the FBI had planted documents to frame him.

“Quite honestly, I’m concerned that they may have planted something. You know, at this point, who knows,” Trump’s lawyer Alina Habba told Fox’s Jesse Watters on August 9.

Trump himself repeated the allegation to Sean Hannity as recently as Wednesday night. Because it’s fun to lob wild accusations without having to back them up, safe in the knowledge that your good buddy won’t demand any actual proof.

But on Monday, the government will hand over a detailed inventory of everything they took. And on Friday September 30, Trump’s lawyers will have to submit an affidavit specifying what, if anything, was “planted,” as well as any item seized which does not appear on the list.

“This submission shall be Plaintiff’s final opportunity to raise any factual dispute as to the completeness and accuracy of the Detailed Property Inventory,” Judge Dearie wrote.

This last appears to be a category entirely concocted for this dispute. There’s never been a successful invocation of executive privilege as against the executive branch, and furthermore the Presidential Records Act clearly states that the Archivist, as custodian of those records, shall make them available “pursuant to subpoena or other judicial process issued by a court of competent jurisdiction for the purposes of any civil or criminal investigation or proceeding.” The only executive agency Trump is worried about distributing those documents to is the Justice Department, which showed up with both a subpoena and a judicially approved warrant. So … WTF?

Any disputes about the status of a record will be promptly resolved by Judge Dearie, with the parties to submit all documents to him for resolution by October 21. So much for Trump’s request that “all of the deadlines can be extended to allow for a more realistic and complete assessment of the areas of disagreement.”

Judge Cannon has consistently treated the case as Rule 41(g) motion for return of property, although no such motion was ever filed, and Trump’s lawyers claim they are simply seeking more information about the documents seized so that they might file such a motion at some indeterminate future point. There’s also the minor matter that Rule 41 is Rule of Criminal Procedure, usually employed post-indictment, and this is a pre-indictment civil proceeding. But if Judge Cannon wants to play this game, Judge Dearie will keep up the ruse.

“Once the Court has reviewed the Special Master’s recommendations and ruled on any objections thereto, the Special Master will, if necessary, consider Plaintiff’s motion for the return of property under Federal Rule of Criminal Procedure 41(g),” he writes, politely declining to note that said motion appears to have been filed next to the telepathic declassification orders inside the former president’s addlepated cranium.

“Plaintiff shall submit a brief in support of the motion no later than seven calendar days after the Court’s ruling on the Special Master’s recommendations,” he went on. “In addition to addressing the merits of the Rule 41(g) motion, Plaintiff’s brief should address specifically whether the motion may properly be resolved in this action or must instead be decided as part of the docket in the action in which the relevant warrant was issued, 9:22-MJ-08332-BER.”

Yes, why shouldn’t this motion go back to Magistrate Judge Reinhart, who issued the original warrant? Good question!

The plan concludes with some minor housekeeping. Judge Dearie, as an active member of the judiciary, will not be taking compensation for his work. But he’s enlisting the aid of retired Magistrate Judge James Orenstein, of the Eastern District of New York. Judge Orenstein will be paid $500 per hour, a substantial discount off of the regular compensation rate for special masters. And since Trump is picking up the tab for this little diversion, he’ll no doubt appreciate the discount.

On the other hand, he’s now locked in to this process with Judge Dearie. And even if Judge Cannon overrules the special master and allows Trump to make sweeping assertions of executive privilege, it’s pretty clear that the Eleventh Circuit isn’t prepared to jettison all that stuff about the unitary executive for some bloviating nitwit.

As Hunter S. Thompson said, “Buy the ticket, take the ride…and if it occasionally gets a little heavier than what you had in mind, well…maybe chalk it up to forced consciousness expansion.”

How to help Puerto Rico after Hurricane Fiona