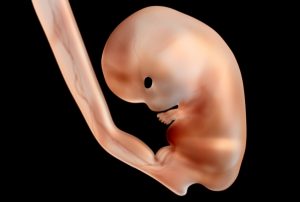 The latest from the post-Roe hellscape is that Georgia is reportedly allowing pregnant persons to claims fetuses as dependents on their taxes (statewide, natch). And the truth is, increased support for pregnant people would actually be nice. But this isn’t about the fact that, given the United States’s incredibly broken healthcare system, pregnancy is an incredibly vulnerable time both in terms of physical wellbeing and finances. Nope, it’s a symbolic act that’s all about furthering the state’s bullshit fetal personhood argument.

As such, on individual income tax returns filed for Tax Year 2022 where, at any time on or after July 20, 2022, and  through December 31, 2022, a taxpayer has an unborn child (or children) with a detectable human heartbeat (which may occur as early as six weeks’ gestation), the taxpayer may claim a dependent personal exemption as provided for under O.C.G.A § 48-7-26(a) and (b)(3) in the amount of $3,000.00 for each unborn child.  For Tax Year 2022, the deduction for dependent unborn children will be a subtraction on Line 12, “Other Adjustments,” of Form 500 Schedule 1.

Similar to any other deduction claimed on an income tax return, relevant medical records or other supporting documentation shall be provided to support the dependent deduction claimed if requested by the Department.

And it’s bound to have all manner of unintended consequences.

And given how high the percentage of pregnancies that result in natural miscarriages, the treasury is going to be handing out a lot of cash for pregnancies that would never come to term. (That might be good public health policy though it may be a lot more money than anticipated.)

And it just gives that state more tentacles to control the lives of women.

So what happens when you claim your fetus as a dependent and then miscarry later in the pregnancy, you get investigated both for tax fraud and an illegal abortion?

It’s a great question (from Stacy Abrams’s campaign manager), and… I’m not optimistic about the answer.

8 Best Cryptocurrency to Invest in for 10x in August 2022

Fantom Surprises With 5% Rally In Last 24 Hours – More Gains Ahead?