Were Classified Documents Donald Trump’s Leverage If His Alleged Crimes Ever Caught Up With Him? 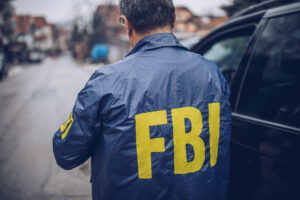 Earlier this year, the National Archives recovered at least 15 boxes of White House records (some of which contained classified material) from Donald Trump’s Florida home, the Mar-a-Lago resort. In June, one of Trump’s lawyers signed a letter asserting that there were no more classified records at Mar-a-Lago.

This was either a lie or a statement made with a reckless disregard for the truth because, as we all know now, on August 8, FBI agents removed 11 more sets of classified documents from Mar-a-Lago pursuant to a search warrant. Some of the documents Trump attempted to withhold were marked “top secret/SCI,” which is one of the highest levels of government classification. Also reportedly seized were “documents relating to nuclear weapons” and documents detailing intelligence “sources and methods” which could potentially reveal the identity of human sources being paid by the U.S. government — spies, in other words.

Since the Mar-a-Lago search warrant was executed, Trump has rolled out a number of attempts at feigning victimhood. He claimed to have declassified the documents he kept at Mar-a-Lago (at least some of the documents seized are classified by statute, meaning a president has no power to declassify them, even if he were still the president, which he’s not). He claimed he was simply working from home (again, the guy hasn’t been president for almost two years, that wouldn’t be a valid excuse to take home and keep classified documents that belong to the government, and if you believe the person whose workday as president started at 11 a.m. and who notoriously doesn’t read was meticulously poring over boxes of government documents on his own time, well, I can see why you still support Trump). Of course, just about every word Donald Trump says is a lie, so whatever he is saying about why he kept these documents is not really all that relevant or even all that interesting.

What’s more interesting to me is ignoring what Donald Trump says, and instead looking at his actions and what we know about his character in determining what was going on here. Some sources have speculated that there was something in at least some of these documents that Trump wanted to keep permanently hidden (maybe, but we also know from his toilets that he has no problem destroying documents either). Others assert that Trump was simply reckless about classified materials and was just being careless because he didn’t think he’d ever have to face any consequences for it.

But let’s think this through a bit. We know Trump had no problem with asking foreign dictators to undermine America and Americans when it served his personal interests. Remember when he said in reference to Hillary Clinton’s emails, “Russia, if you’re listening, I hope you’re able to find the 30,000 emails that are missing,” and then Russian hackers immediately started trying to do just that? We know he loves Vladimir Putin. He and his closest allies are obsessed with “insurance policy” conspiracy theories in which damaging information is withheld or threatened to be released to incentivize preferred outcomes. And, we know the legal walls are finally closing in around Donald Trump as he faces a dizzying array of civil, criminal, and congressional proceedings investigating his many misdeeds.

So why did Trump hide 11 sets of highly classified materials at Mar-a-Lago even after his lawyer asserted everything classified had been turned over? We don’t know this for a fact, and we probably never will because that would involve either Trump confessing or the government releasing the very classified secrets they were trying to protect, but my money is on he was holding onto these classified documents as a bargaining chip if the day ever came when Donald Trump got arrested.

Make no mistake, if the FBI raided your home on August 8 and walked out later that day with 11 boxes of top-secret documents, you would be sitting in jail right now, not being allowed to whine about it on social media. But as much as he pretends to be a victim, Trump does get a lot of special privileges. Because of that, he might be brazen enough to think that if he ever wound up in a cell somewhere, maybe he could get out of it by threatening to send a box of nuclear secrets to his pal Vladimir Putin, or by, say, releasing the names of every U.S. espionage agent operating in Russia.

If leverage in the event of his own arrest was indeed why Trump kept these documents, you better keep an eye on the news, especially right after the upcoming midterms. The timing here was not an accident. Merrick Garland, uniquely, knows if, and when, Donald Trump is going to be arrested. He’s also smart enough to know he’d have to get these documents away from Trump well before that day came.