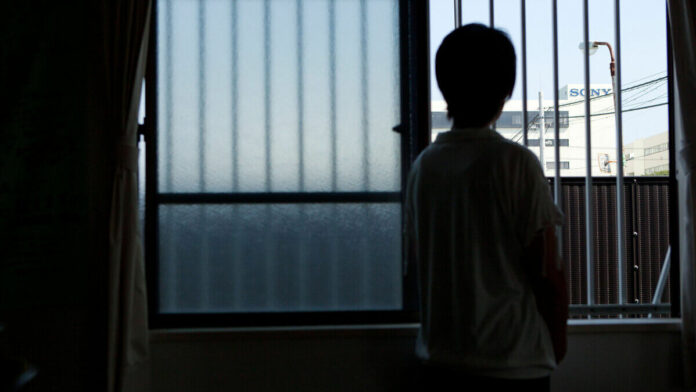 The setting of the professional world is one immensely competitive in which employees and workers often find themselves dealing with such predicaments that present as ugly a version of reality that one would hear of through their years of growing up. Ironically, joblessness or what is more formally referred to as unemployment is a pressing issue of concern that harbours association with the whole worklife understanding. But even within the happier seeming prospect in holding a job or being employed, the challenges present are numerous indeed to always skillfully maneuver through. And perhaps the most undesirable of such unfurling that constantly ruffle up the very existence and identity of a vast majority of jobholders and employees is the looming scare of being laid off or fired.

Firing employees tends to be an oft scouted out route within the realms of the professional for a vast variety of reasons ranging from the subject’s own incompetence or insufficiency in completing the job at hand or the employer’s reasoning in having to cut down on costs and the like due to a shrinking base of resources and other many miscellaneous such reasonings of basis as diversely different as possible. Of course there are certain principles to be followed as well as legal requirements to be adhered to when laying off employees much like it is the case with hiring but outside of these technicalities, the case in firing and terminating is one of rather free flowing essence. This is the case most common and quite convenient as well to keep up with competition continuously throwing up newer challenges within this spectrum of existence but there exists a certain ‘custom’ of much peculiarity in this consideration that presents instead an alternative perspective in laying off workers, though not exactly alluding to that literature in intention.

In the land of Japan known for its work culture excessively steeped in esteem, the arrangements of the employment terms and conditions are such that tend to be a long term, permanent almost commitment. That is to say full time employees are less likely to be fired by companies and employers there since the process tends to be a rather lengthy affair intertwined with workings of legal nature. But the financial and logistical nitty gritties of what sums up businesses and workplaces ordinarily means that sometimes it is not sustainable for the owner to hold on to even the most loyal of their employees.

Offsetting this paradox of sorts meant therefore the devising of a roundabout way in effecting what it would be to thrive as a business by laying off surplus or incompetent workers without having to attend to the fussy consequences that might follow as a result of violating that socially central contract of “servitude in exchange for financial security”. And what emerged from this deliberation between the dual aspects of a singular serving has been a concept supposedly modern in its characterising as a employee exit management strategy but that which in fact is a tradition rather rooted in Japanese culture.

And thus has sprung up more figuratively than literally a host of ‘banishment room’, also known as a boredom room or chasing out room, where employees are transferred to another department of work assigning them to inconsequential or menial tasks. The end motive of this entire strategic planning in adequate social and legal attending is to play down upon the ones thus ‘banished’ to quit out of their own will or take an early retirement, as ways in firing indeed that does not backfire instead on the employer. But while the concept might be one not exclusively Japanese so as to say, there is no doubt that it finds most prominent expression across the professional setup of this particular country and in such specificness as well that even has it coveting reference in terms as local as possible.

Known as the oidashibeya that which literally translates as expulsion room, this way of dealing with ‘unwanted’ employees by companies and organisations in Japan is of course a psychological ploy in demotivating the victim such that they themselves end up resigning from the job saving their employer thus the requirement of granting them a whole lot of associated benefits. The concept though is not particularly novel any devising in professional planning and management. In fact Japan has been always aware of what is a certain category of existence, occurring as madogiwazoku accruing to the literal description of the tribe that sits by the window. The associated idea of course is one that any reference to the window side seating and outside gazing prospect evokes- of one of leisure, of contemplation, of the precious luxury of having to do nothing.

Only that, in the madogiwazoku scheme of things and by extension catering to the oidashibeya ploy in scheming almost, this seemingly desirable spot by the window allowing for more than just a quick glancing through the headlines of the newspaper is one entertaining of the senses in a different way altogether. There is leisure indeed in offering and ample moments for contemplation as well but the end pursuit that it all leads to is one of a luxury too pricey to be affordable. For, in their ‘designation’ by the window side to while away working hours at will would be but a stark reality of misery, of being subject to the dismal state of an existence devoid of any meaningful indulgence.

View this prevalence of the state of affairs in the oidashibeya context and the irrelevance of it in the purported essence of the departmental transfer manifests as even harsher and sadder a reality that so many employees in Japan have to live through. In their transfer, not just in terms confined to papers summing up the departmental movement but also in as much physicality, typically making the move to a small and ironically windowless room with no one and nothing to engage their mind and at best persisting only in such tasks draining indeed in their non importance, these banished employees of the professional world face a fate of redundancy indeed. But also associated is the notion of being ostracised from the rest of their peers and colleagues which is another bigger cause for demoralisation in a country like Japan where murahachibu referring to this specific type of social exclusion is no less bigger a taboo.

The magnitude of prevalence in this type of unethical behavior displayed by companies in Japan is considerable enough to be prominent as a distinct phenomenon even when there exists absolutely no official acknowledgement on the part of the employers and institutions about their employing of this technique in laying off workers. In fact attempting to pass off as employee friendly methods in career development, branding thus as the Business and Human Resource Development Center or the Career Design Room and so on and so forth identities in promising prospect, masking thus to quite some extent the underlying intent in coercing employees to quit on their own, these corporate giants and global companies as reputed as Sony and Panasonic and Hitachi and numerous others tend to be regular players upon this aspect of what might be some sort of work place exploitation itself.

Liable to be construed thus in this strand of unfurling as a revealing under the constructive dismissal framework of the formal work setting, the idea of what has created this new space of sorts of the banishment room is one generating continuous debate and criticism over its legal and ethical makeup. The grounds for conflicting responses to this scenario though, even when earning more brickbats than bouquets, could be somewhat justified in consideration of the context one views it in.

From the point of view of an employee who has been laid off or fired and is on the lookout for a new job unsuccessfully thus far, even in their willingness to settle for a lesser paying, mundane and less prestigious position for the sheer sake of survival in the times of now more than frequent economic downturns, being ‘condemned’ to a banishment room might not be so bad after all. Because despite all its prejudiced perceiving in toxicity and wrongness and such undesirable traits, the oidashibeya still harbours within itself the benefits of what entails out of an employed status, particularly in Japan where the workforce has always been secure about the financial state of their existence.

However, taking again the Japanese view of things in the tying of the people’s privilege as an expression of culture and the oidashibeya scheme of things could cause disruption in the country’s social fabric weaved out in desired threads of stability and equitability. That threatens the very pride of the nation’s cultural cognisance presenting therefore as a prospect not so conducive in its furthering. Flexibility in hiring and firing practices thus, while might be the key in dealing with such ‘inhumane’ practices that reduces once productive assets to such weightages in burden sought to be gotten rid of by hook or by crook, spells also another concern in stirring perhaps even a greater degree of controversy. There does not seem to be any definite solution to this type of corporate behavior considered problematic by most but finding backing also in the face of some logic at least which means the whole concept of such banishment rooms perhaps is here to stay, at least for a while till the professional world comes up with another less constricted idea of space to root upon.