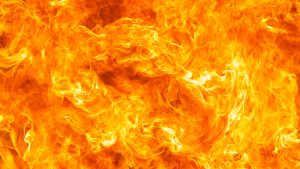 There is no question that the new hotness in bigotry is cloaking prejudice in religiousity. Besides the Maine schools pushing the boundary of the Establishment Clause, Yeshiva University — the previously discussed religious “nonreligious institution” — has been the recent forerunner for questioning what the brightline of religious practice outside of places of service look like after Bremerton. As of last week, at least. After being told by the Supreme Court to go through New York’s court system to figure out if they can be prejudiced on religious grounds, they’ve decided to just cut the Borromean knot and disband social groups all together.

Rather than recognize an LGBTQ student group, Yeshiva University is putting all club activities on hold while it presses on w its quest for constitutional protection from recognizing the club https://t.co/QCqH4QbQmJ

I expected this issue to develop. If Yeshiva didn’t have the funds to go all the way, maybe a similarly situated Christian school would pick up the mantle. But this development really goes to show how committed to segregation people are in 2022, even if taking your ball home means no one else gets to play. The thing that blows my mind is that, if the all in all undergraduate clubs is to be taken seriously, the school is even prepared to get rid of religious organizations whose sole purpose is to develop religious literacy if it means not letting queer students have a little club, all in the name of religious freedom.

For what it is worth, I genuinely hope that the queer students at Yeshiva are able to build a little bit of community as they prepare for exams. Undergrad is hard enough without feeling like you’re unwanted — my hope is that a couple of the places on this list will do their part in helping you feel a little more at home in between classes.

MANA Under Sideways Motion In The Last 4 Months